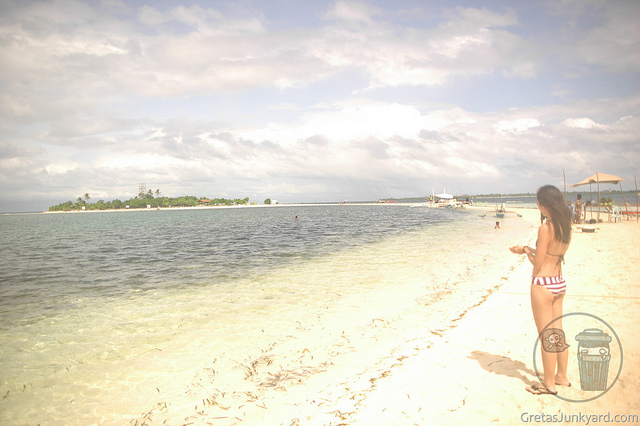 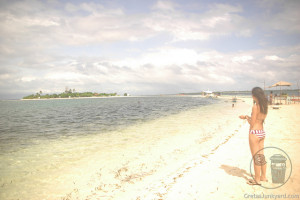 I think everyone is aware of the tragedy that struck Bohol last October 15, 2013—when a 7.2 magnitude earthquake hit Central Visayas and caused some of the country’s oldest churches to collapse. Three weeks later, another tragedy occurred, particularly when Super Typhoon Haiyan struck the region and caused incredible devastation everywhere.

Even though Bohol was not as affected by the storm compared to neighbors Leyte and Tacloban, it still caused a huge dent on their tourism in which the province thrives. Last December 12 to 15, when I visited Bohol for the first time, it was evident. The beaches were quiet, save for a few foreigners. Tour guides kept saying that business was more difficult than usual. Since December is one of their peak seasons, they usually get fully booked everyday. But when we were there, bookings weren’t as frequent.

So I’m writing this to let everyone know that Bohol is back to normal. Yes, there are still aftershocks every now and then (I felt them once!) but it’s not as scary as it seems. Yes, they may have lost some of the country’s most beautiful churches but they still have wonderful beaches with white sand, adorable tarsiers, the breathtaking Chocolate Hills, and so much more.Bohol is still just as beautiful, and I want everybody to see it for what it is.

The trip from Manila to Tagbilaran seemed quicker than what was written on my boarding pass. It was my first time to fly via Air Asia, which used to be Zest Air until Tony Fernandez of the Apprentice acquired it.

I was very unhappy with Zest Air before due to all the flight delays. In the four times that I booked via Zest Air, three of them were delayed. You would think that I’d have learned my lesson after the second time, but someone as impulsive as me just can’t stay away from affordable flights. Oh well. I guess you get what you pay for.

But anyway, for the same price, Air Asia runs a lot smoother. Our flight was on time, and like I said, the trip didn’t feel like it was an hour and thirty minutes long. It felt a lot shorter.

When we landed in Tagbilaran City, the weather was scorching—which was perfect for the beach! I excitedly hopped inside our ride, a red Totoya Vios, with our driver and first tour guide of the trip, Dindo (we easily spotted him outside the airport holding up a sign with the Cupcake’s name), who gave us a quick tour of the city proper.

The trip from Tagbilaran to Panglao took about forty minutes.

We got to our resort, Panglao Regents Park, at around 10 in the morning. Fortunately, our room was already prepared so we had time to settle, have brunch, and rest until the afternoon. Our resort had a bar and restaurant, with a refreshing pool, daybeds and some gazebos. They also offered Happy Hour from 3pm to 7pm, where cocktails were priced at Php 99 instead of the usual Php 150.

We spent the rest of the day exploring the area, and we discovered that Alona Beach was just a 5-minute walk away from where we stayed.  (Think walking from Station 1 to Station 2). The stretch is filled with more resorts, restaurants, and convenience stores. There’s a BPI with an ATM in case you need to withdraw. The walk is also easier since the road is concrete, so just think that if an asthmatic girl like me can walk it, you can as well.

At night, the area is pretty well-lit with orange streetlamps save for some areas. But it’s a safe place, and the locals are very friendly. You can opt to ride a tricycle if your resort is a little bit further than Panglao Regents Park, or rent a motorcycle like what a lot of the foreigners did. I even had an inside joke for every time a foreigner riding a motorcycle passed—I’d laugh and say, “Boholin’!”

Our first night, we had seafood cooked by the beach. It was really delicious. I love that I got to eat the fish and squid with just my hands. I made a special request and asked our cook to grill the fish and separate the sauce, and to make his own version of lemon butter—which consisted of calamansi, butter, and a little garlic, so that I could dip my rice and fish in it instead

The next day, at 8:30am sharp, our driver and second tour guide of the trip, Arvin, of Bohol Day Tours by RJ Intano, fetched us in a white Toyota Innova which we had to ourselves the whole day. Their rate was Php 1,675 per person, inclusive of the driving tour guide, entrance fees, and the Loboc River Lunch Buffet. Although a bit quiet, Arvin was very nice and accommodating and it was great having him as our tour guide. He was always offering to take our pictures, barely took off his shades unless he took pictures, and constantly had a smile on his face. He also had a very protective and angas vibe—like no one could mess with his tourists as long as he was around.

After the tarsiers, I got to see the famous Chocolate Hills in Carmen. Although the viewing deck was destroyed because of the earthquake, you can still climb to the top and appreciate all of the beauty around. The sun was bright, the howling winds balanced it out, and the view was absolutely breathtaking. It was so nice to just stand there and be thankful for everything.

We stayed on top of the hill for a while, before proceeding to our next stop which was the Butterfly Conservation Center. Here, we had the funniest guide who kept copying Harry Potter’s accent while explaining the different species of caterpillars and butterflies. There were also areas where you could take pictures as if you were really a butterfly. I had fun placing a butterfly on my nose and just letting it sit there.

While on our way to the Loboc River Cruise where a lunch buffet would be waiting, we passed by the Shiphaus (it was owned by a Captain who turned his house into an attraction) and the Hanging Bridge.

When we arrived at the Loboc River, we were able to catch the 12:30 ride. As soon as we boarded, we immediately indulged in chicken barbecue, pritong isda, pancit, crab, shrimps, rice pudding, and turon and ate so much since we weren’t able to eat breakfast. The trip was an hour long, and I felt like I was in one of those Jurassic Park scenes where a dinosaur would suddenly emerge from the trees and turn over our boat/raft. In the middle of the ride, we also encountered a traditional song-and-dance number by the locals. Tourists were invited to join and try thetinikling.

Our second to the last stop was a small zoo where they had Bohol’s largest pythons in captivity, as well as monkeys and wild cats. The pythons were still so full from the chickens they ate.

Our final stop of the day was the Blood Compact Shrine, where we also got to buy some souvenir shirts and Bohol’s famous Peanut Kisses, as pasalubong to our family and friends.

We were brought back to our resort at around 3pm, so we had time to swim in the pool and sip on a few cocktails.

Our third day in Bohol was my favorite—we woke up at 5:30 in the morning where Renz, our third guide of the trip, fetched us in his motorcycle and brought us to the port where his boat, Myrna, was waiting. I couldn’t contain my excitement as we first went dolphin watching.

After thirty minutes of watching dolphins, we sailed towards the first island: Balicasag Island—where we went snorkeling with the fishes.

It was too beautiful for words. Any direction I swam in, there were thousands of fishes! Clown fishes, parrot fishes, cow fishes, all the fishes in Finding Nemo! You can bring crackers or bread to feed them, and they’ll be more than happy to eat it off your hands. What’s even more amazing is how blue the water is—that you can see the trench and how deep it gets. It was scary, but fascinating at the same time.

We went snorkeling for more than an hour. Eventually, we had brunch back in Balicasag before sailing towards the next and last island: the Virgin Islands or Pungud Island.

Pungud Island is a very serene place, surrounded by sand bars. It was so peaceful and quiet that it felt like we were the only people there. I went about collecting hermit crabs and starfishes, placing them on my disc, before setting them free again. We also explored the little island by walking on the sand bars.

Here, I was also able to try eating fresh sea urchin for the first time. I coupled it with fresh coconut juice, both of which we bought from the extremely friendly vendor.

We spent the rest of the afternoon swimming in the beach before heading back to Panglao.

Our flight the following day was scheduled to leave at 12:05 pm so after packing up and checking out at 10am, Arvin from Bohol Day Tours by RJ Intano picked us up and brought us to the airport. Near the airport, I was able to buy last-minute pasalubong: Bohol’s famous calamay.

Tours are well-planned and organized—following strict schedules and timelines. They know how to accommodate guests really well. As soon as we arrived from the airport, and in all the places that we stayed in or visited, locals would boast smiles and offer to take pictures. Throughout my stay, I discovered why Bohol really thrives on tourism. The place is beautiful, but it’s the people that make it even more beautiful—and I don’t mean to be cheesy at all. I’m definitely going back one of these days.