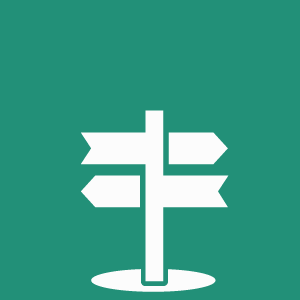 While Bohol does not have a taxi service, you can get around the island in many ways. Upon arriving at the Tagbilaran City seaport or airport, accommodation representatives will be there to meet in-house guests and bring them to their resort via a private transportation. Rates are based on their transportation tariff.

You can also hop on the vehicles carrying the ‘rainbow plate,’ which means they are accredited with the Department of Tourism. It is advisable to always ask for a rainbow-plated vehicle when you are travelling anywhere in the Philippines.

For those who are in a budget or want to fully experience provincial life, try public transportation – tricycles can bring you to most locations within Tagbilaran City, while jeepneys, multicabs and buses can take you to neighboring towns. Transportation in Bohol is actually an adventure in itself – as you get farther to the remote places, prepare to be amazed as travel options become more and more innovative.

Similar to most places in the Philippines, a tricycle is the most popular mode of transport in the city. A small motorbike attached with a “carriage” on the side and a luggage compartment on its rear, it can carry up to three passengers, depending on their height and built. When traveling via a tricycle, the drive can be slow since some tricycles use old motorbikes and have much lower engine horsepower. Sometimes, passengers are even asked to step out on some ascending roads, or even push the tricycle to keep it going. Trikes, as they are popularly known, are mostly good for short trips within the city. While some drivers may be willing to bring you to neighboring towns, be prepared for a long, uncomfortable trip – or a lengthy and bumpy adventure, whichever way you look at it.

For longer distances such as 5km and up, Jeepneys or Multicabs are available, offering cheaper fares and fixed routes. Prepare for some waiting time, though – multicabs or jeepneys usually depart only when all seats are filled up or when their allocated time to collect passengers is up. While most tall passengers struggle to fit inside a multicab or jeepney, these are popular among foreigners who want to experience the ride while they are on holiday.

You can ride a jeepney or multicab from its designated terminal, or hail one on the way and hop on. When you want the jeep to pull over, shout “Para!,” and it will stop. You normally pay just before getting off or while still on your seat by politely asking the passengers next to you to pass your fare to the driver. Your change will return to you either the same way or you collect it after getting off by going to the driver.

For longer distances, buses are your best bet – most of them depart from the Integrated Bus Terminal in Dao, which is just a stone throw away from the Island City Mall. You can use a tricycle to get there.

Inside the bus terminal, “dispatchers” will be on hand to ask you where you want to go. It’s best to check with friendly locals which buses offer the fastest or most comfortable rides – dispatchers are usually paid to bring passengers to a certain bus (or GT Hire) brand.

Once aboard a bus, a conductor will ask for your destination and punch the kilometers and fare price in your ticket. For buses and other modes of public transportation, it’s better to pay with small bills and loose change.

V-Hire (GT or Garage to Terminal)

A small version of buses, van hires or GT are air-conditioned mini-vans that can accommodate 12 people, and operate on routes between the bigger municipalities. These vans are great if you want to arrive faster to your destination, since buses tend to pick and drop more passengers on its way to its destination. Just be prepared to pay more – the fare costs about double the price of a bus ticket.

To reach remote barangays, habal-habal – or riding on the back-seat of a motorbike – is the way to go. This is not for the faint-hearted – the ride is considered risky as some drivers like to maneuver fast over uneven rough roads.

If you wish to go around Bohol at your own pace and in your own time, you can check out rental companies that offer self-drive motorcycles or cars. Most rental vehicles come with drivers, and it’s best to let them take over the wheel especially in inland roads that can be quite rough and difficult to maneuver especially during rainy days. Remember to bring your valid driver’s license, since traffic police enforcers will check this at random.